skip to main | skip to sidebar

News and what the hell I've been up to (part 2) 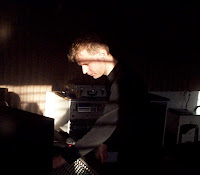 Hey - thanks for your patience!

Been busy installing/re-installing loads of software since my last hitherto trusty computer melted, probably cos I pushed it so hard to finish my third album - 'Colonization'....

I've just got the album master back today and it's sounding awesome - even if I do say myself :)

Expect some trademark lush sonic loveliness - featuring among other things my homemade synths and noise makers, along with some otherworldly stuff of indeterminate origin......

Official release is a little while off yet - probably very early Spring 2010...I might put a few teasers up before then, so follow me here or on Twitter etc and you'll be the first to hear....

In the meantime, here's the confirmed track listing:

17 Until The Sun Returns

I'm also very excited to have an excellent designer on board for the album cover concept. I won't name names right now, but suffice to say this guy has produced some awesome designs over the years you'll definitely be familiar with......

and just as a last little note:

Fan: "Hey Chris - I love your music man, is there anything I can do to help?"

Me: Why as a matter of fact there is!

Besides buying some albums :)......in this world of ever growing nodes, connections are everything, so if you're up for it why not swing along to Reverb Nation and join the mailing list...even better join the Street Team. This basically means you can get in at the front line in helping to spread the word and will also entitle you to some cool freebies to come...

On that note I'm just finishing writing a free fan exclusive track for all those kind peeps that wrote a review of The White Sail and Otherwake on iTunes and elsewhere. Do the same and you can have it too!

Also for any noobs to my music - get over to Spotify, where for a limited time you can stream my first album for free!

That's all for now folks, more coming soon - once I've got the artwork locked down I'll put up a post with that too, get ready to drool......